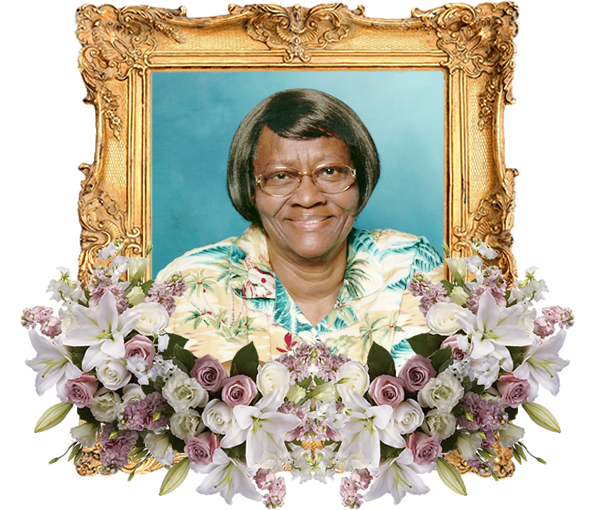 My mother, like my late wife Angela, was the purest example of the woman described in Proverbs chapter 31, "Who can find a virtuous woman? For her price is far above rubies ..." Being raised in a dysfunctional single parent home, Isabelle prayed that her life, marriage and family would be better than her mother's. It was uncommon, in the 1940's, for a girl to be raised in a fatherless home. She was sneered at and talked about at school. Isabelle prophesied over her life that she would have a happy, normal family.

First, she decided early in life that she would set a Christian standard for herself and family. Second, she was determined to help people, who like her, needed to be encouraged and motivated to better their life.

She did not realize her God given desire to serve and help people would have such a powerful impact on numerous people lives. Saying "no" was not in my mother's vocabulary. She would always avail herself to give a helping hand, lend a listening ear or have an understanding heart. She could never do enough for people or God, for there was always something else that needed to be done. Isabelle was the constant thinker, master planner and manager. She was a powerful prayer warrior and prayed many people through difficult situations. Everyone simply called her "Mother" because once you entered her presence you felt her genuine God given warmth, love and affection. Isabelle's godly wisdom was also unmatched. Having only an 11th grade education, she could figure things out in her head that would stump college graduates.

Isabelle was a friend to all and gave herself fully to whatever task was before her. She was an exceptional florist, outstanding seamstress and tailor, creative custom hat designer, master wedding planner, gifted event planner and meticulous church organizer.

Isabelle was also the gifted teacher. She loved to train church leaders to meet the demands of ministry today and develop young Christian leaders for the church of tomorrow. She was forever teaching and training no matter where she was or what she was doing. Isabelle's motto was "I rather wear out, than rust out." Her work was finished. God honored her prayer and took her quickly when her work was done. Her mantle has fallen, it is up to us to pick it up.

I will miss my close friend. I will miss our long talks, annual family vacations together with her, my wife and children. She, like my wife, helped me see the best in people no matter who they were or what they had done. I am honored for having been her son and thank God for giving her to me as my mother. For she brought out the best in me as a boy, as a teen and as a man. She was my most ardent supporter and biggest cheer leader. There is only one Isabelle Parris. When God made her He may have broken the mold. The children and I will continue to move forward in the will of God for us. So will our church. Isabelle will be greatly missed by all. But, God loved her best ... and like Angela, it was time for her to go home!